I would like to tell you in this post about the route that I did around the Midlands and Southwest of England. We started in London and then We went down to Cambridge, Windsor, Salisbury, Stonehenge and finally, the Jurassic Coast. We did it during 4 days but you could extended it for a couple a days if you want to travel to Weymouth or Bournemouth.

Well, the first step was buy the flights, remember that you could joint to ExprimeViajes.com and You’ll get alerts about amazing prices of flights and hotels. Another thing to plan is the tickets to Stonehenge and the Windsor Castle tickets, you can buy it on internet, it is better because in the holidays months you will appreciate not having queues. Although I must say you, the queue to access Windsor Castle with electronic tickets is also long but not excessively.

The first stop is London, if you’ve never been there you’ll need 3 days to see this city, but We stay only one day just to enjoy their sights and walking around the parks and gardens. I give you a tip, if you rent a car and you would like to park it to go to London center, you can leave it in the Westfield Stratford City, it is a shopping center near to Olympic city and near the Stratford station (subway and train). You’ll pay 6.5 pounds all day (only Monday to Friday). Then you can get the subway by the Jubilee line to Westmister station, there you’ll enjoy of Big Ben, Thames river, Parliament houses, London eye and Whitehall garden. 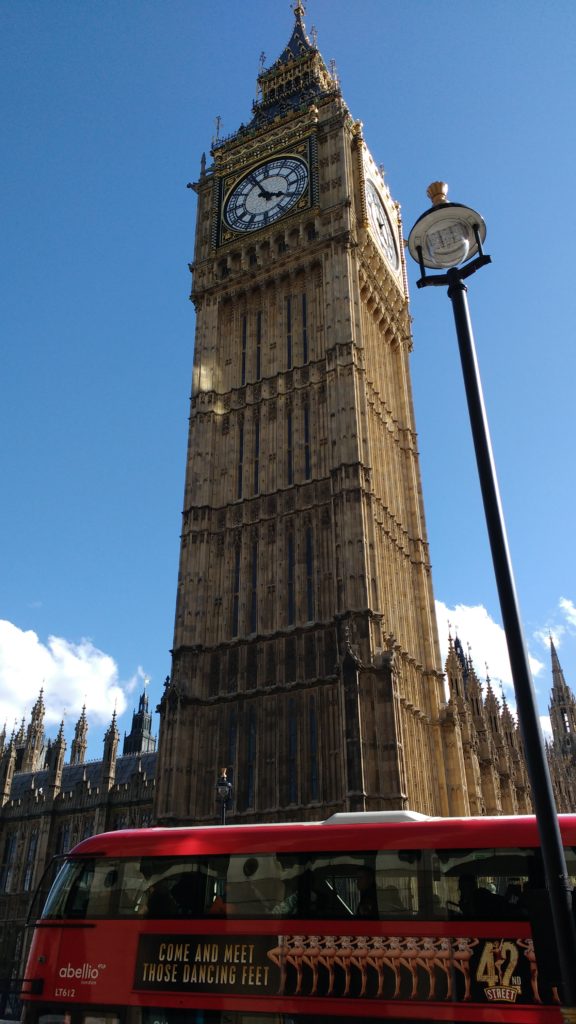 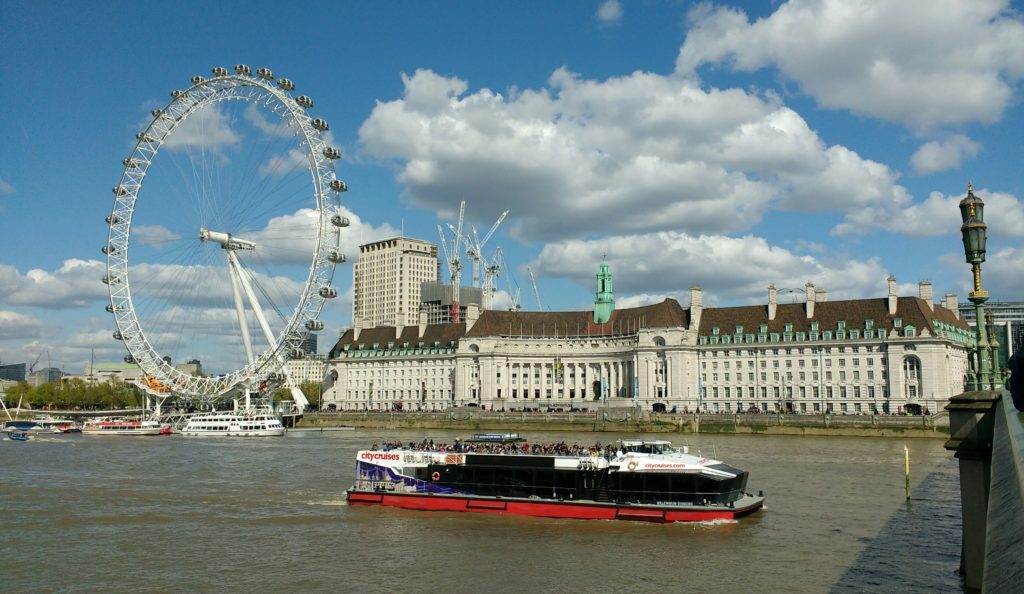 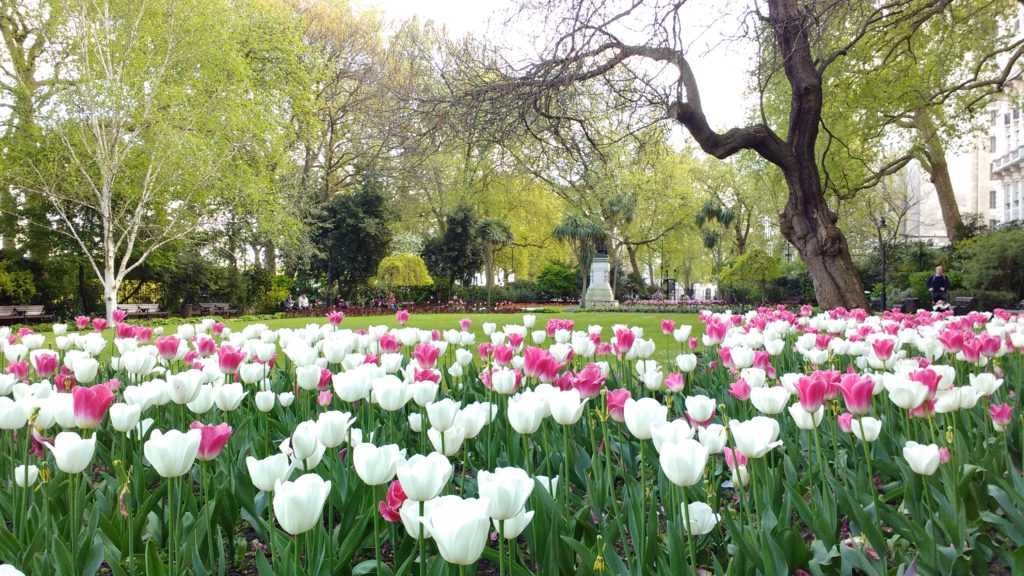 The next stop is Cambridge, it’s a beautiful university city, you’ll love it. Cambridge is a small city, you can visit the entire city center by foot. I recommend you visit the Colleges, you must to pay for that but worth it.

The colleges gardens are know like ‘the backs‘ and you can access only by a bridge. If you enter to the colleges you can take a boat ride on the Cam river and you can see all the bridges and enjoy the beautiful views of the gardens.

The University of Cambridge is the second oldest in the world and numerous politicians, academics and scientists have studied in Cambridge. Get close to Christ’s College, where the scientist Charles Darwin studied between 1828 and 1831. 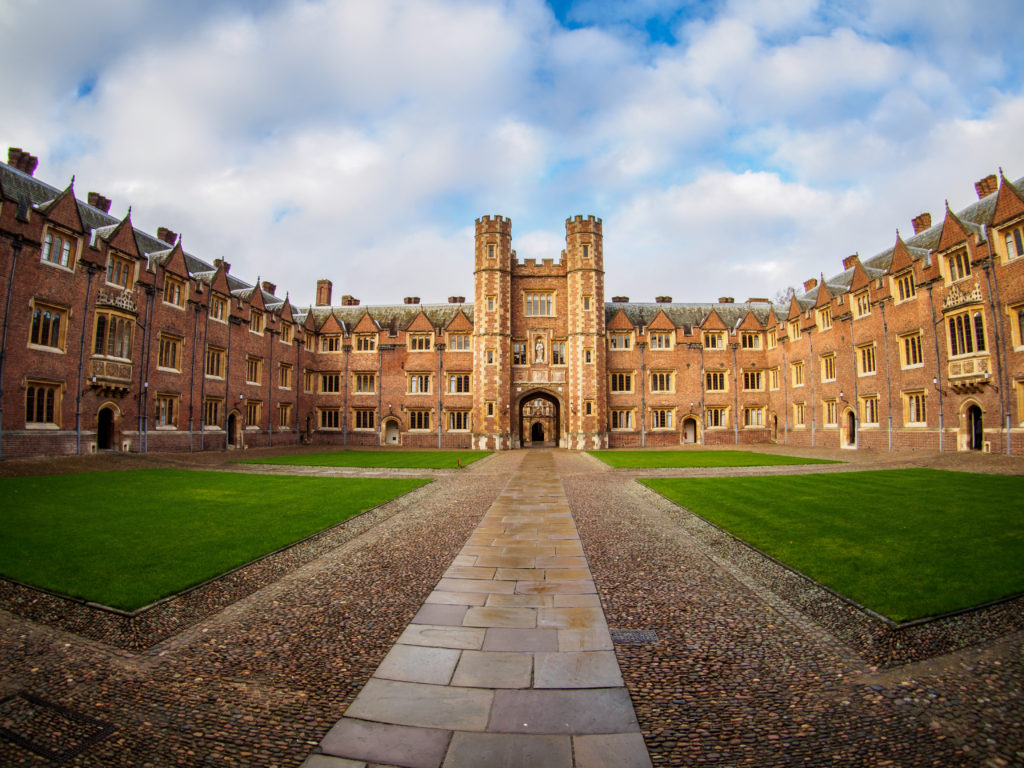 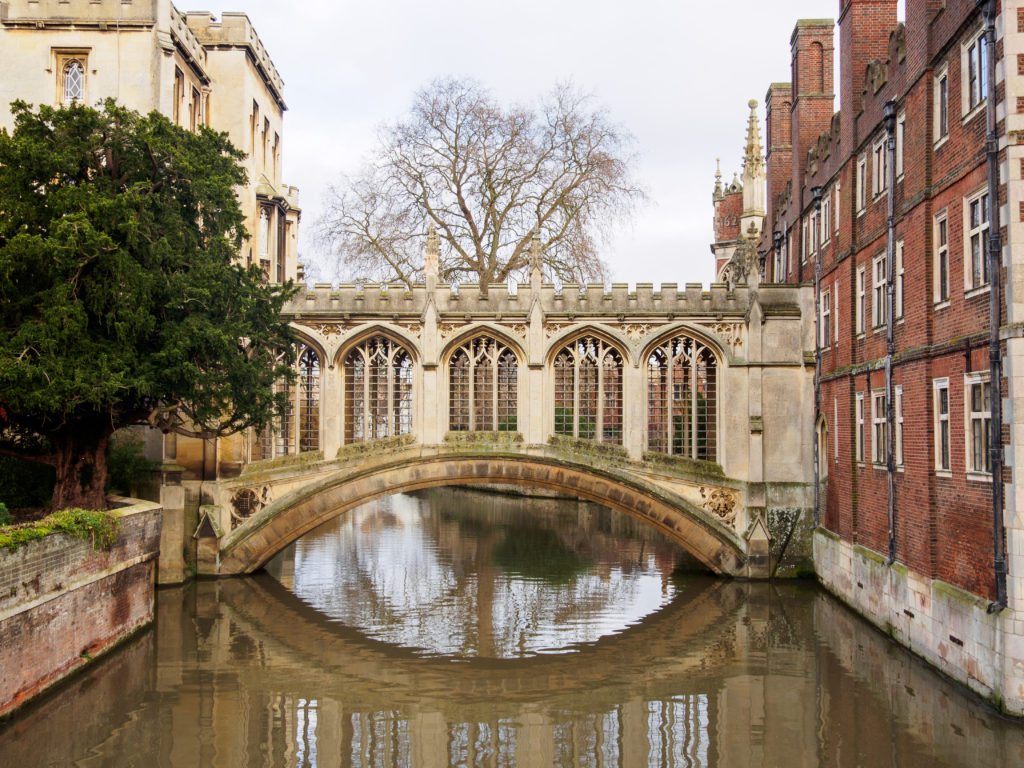 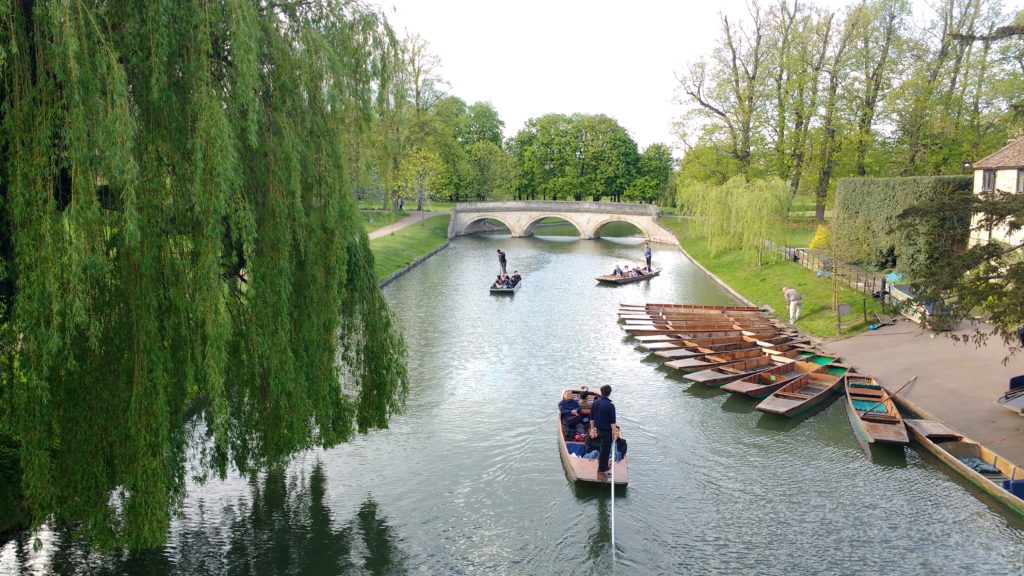 But don’t forget walk over the King’s Parade, you’ll see the King’s College University of Cambridge, the Great St. Mary’s Church, the Senate of Cambridge. 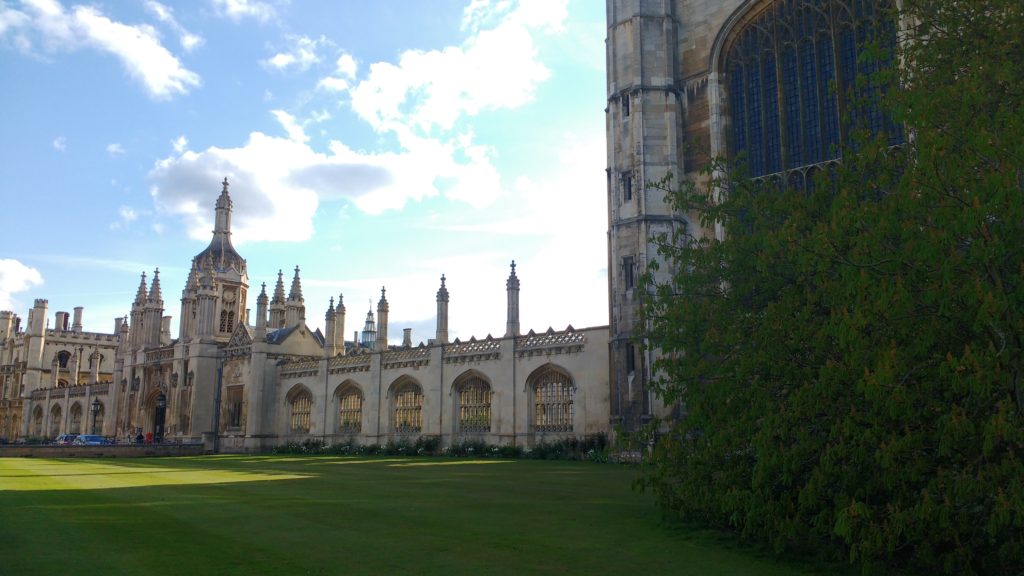 You can just enjoy its streets, and from Monday to Saturday you can visit its large market and buy fresh fruit and vegetables from local farms or buy unique crafts. 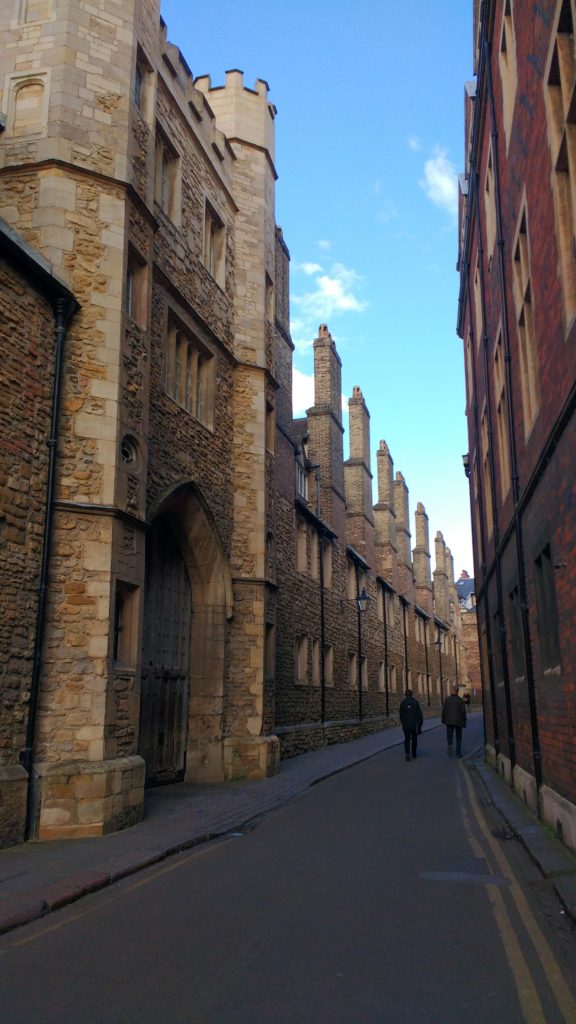 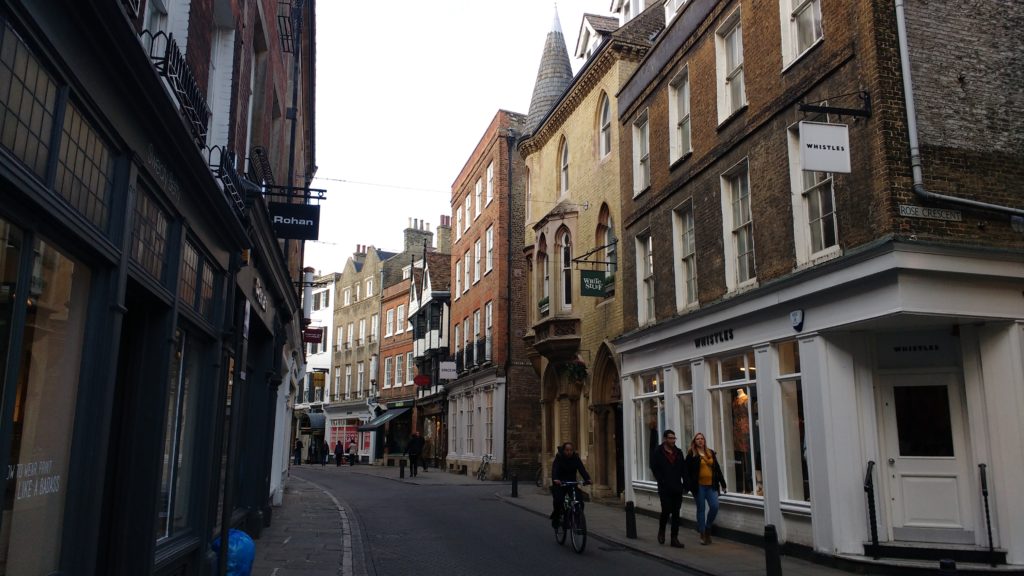 If you are wondering where to eat in Cambridge, I recommended ‘Honest‘ (1-6 Corn Exchange St). It’s a hamburger restaurant but the burger are delicious, nice people and comfortable facilities. 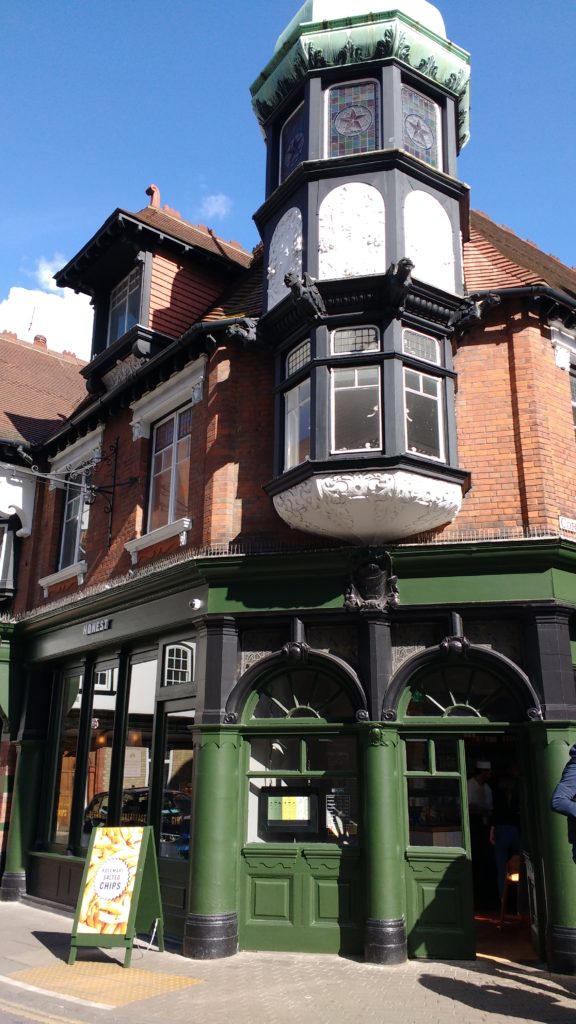 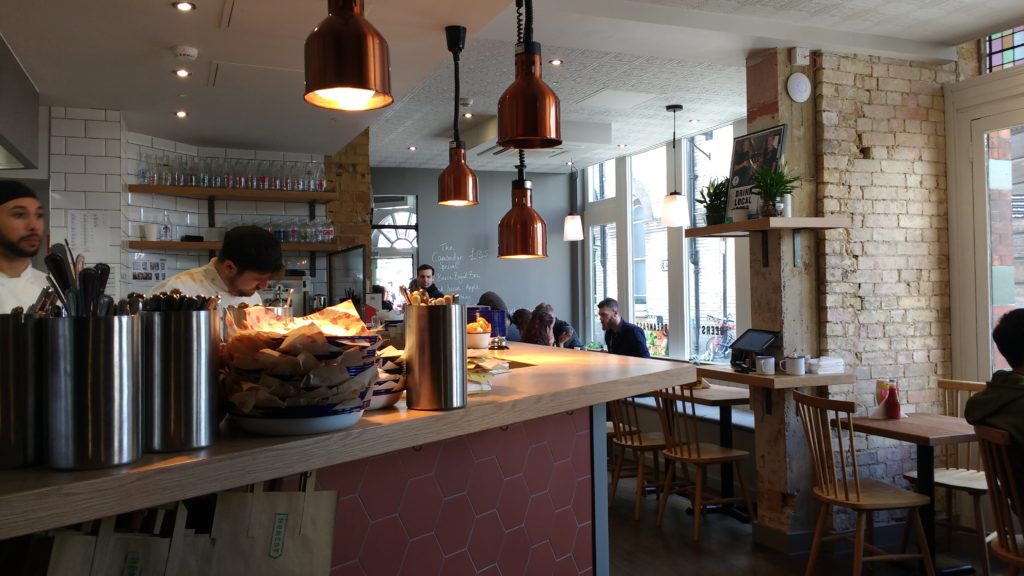 The next stop is Windsor, we stop there in our trip to Salisbury. Windsor is a small city but so beautiful. It’s home to Windsor Castle, a residence of the British Royal Family. Built by William The Conqueror in the 11th century, the castle was extensively remodeled by subsequent monarchs. Public tours take in the State Apartments, which contain opulent furnishings, and paintings from the royal art collection. You must to go so soon because the queues to enter to the Castle are very long. 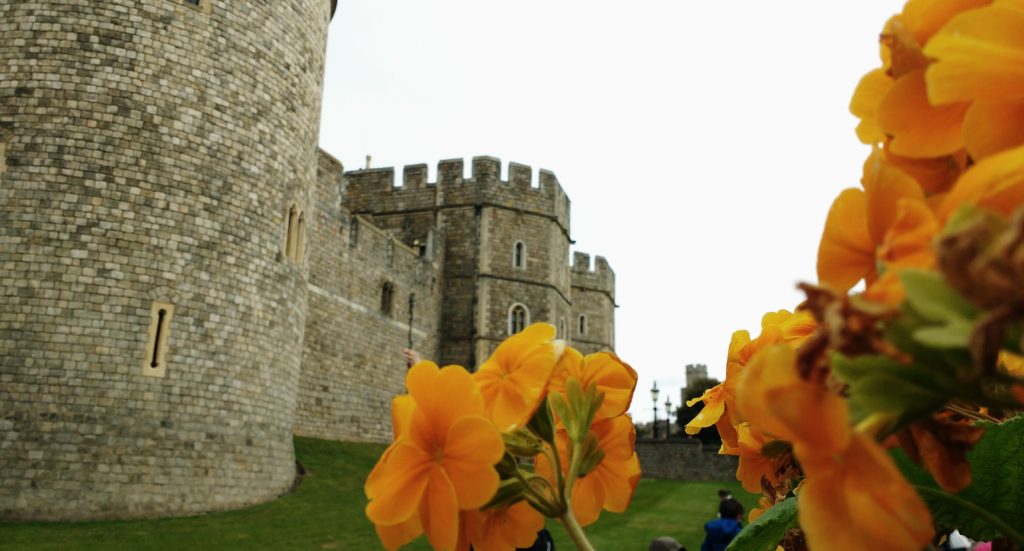 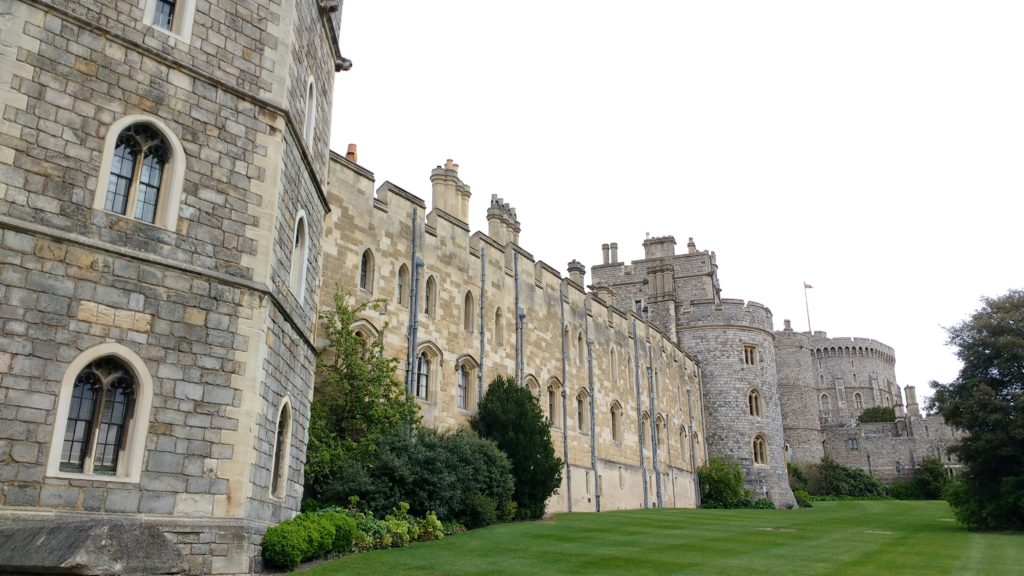 If you are wondering where to eat in Windsor, I recommend you ‘Bill’s‘, it’s a typical English restaurant and you find a wide range of food, if you like lamb, then don’t lose the change to taste ‘The shepherd pie’. It’s a meat pie with a crust of mashed potato. In Bill’s you find kids menu, hamburger, pasta, ribs, steaks and veggie dish. 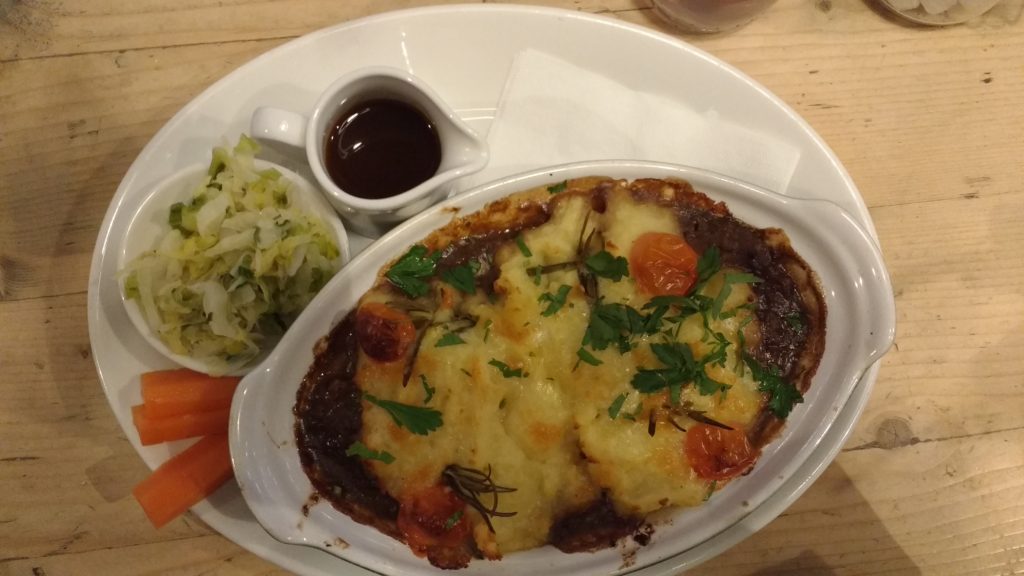 We continued our journey towards the south west of England, and finally we arrived to Salisbury. We stay one night in this city, then we get a room in ‘The King’s head inn‘ hotel. It’s fully recommended, very clean, comfortable, conveniently located (near to the Cathedral) and it have a restaurant in the ground floor, then you can get the breakfast there (for a good price). 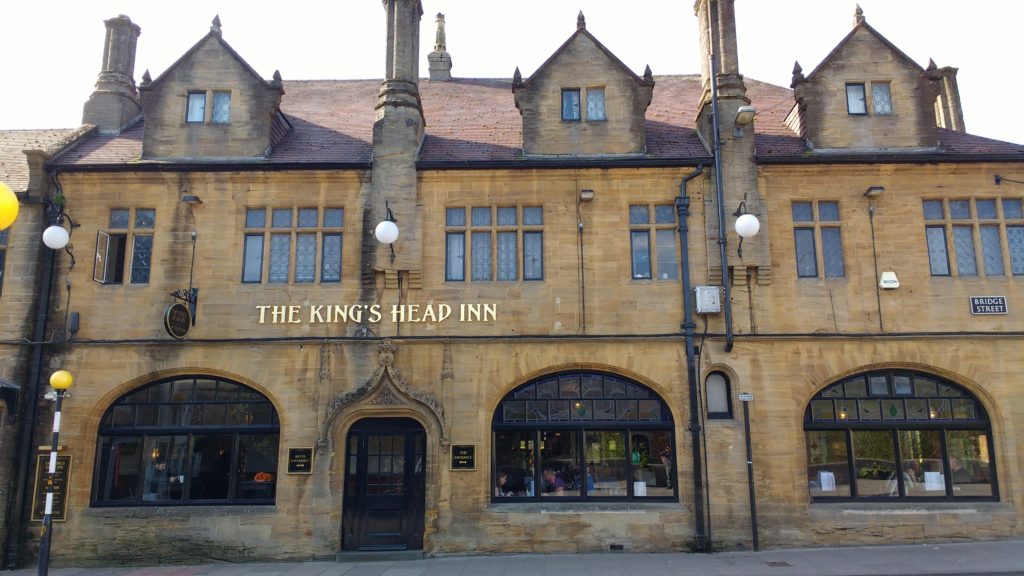 Well, it’s time to go to the Salisbury Cathedral, it’s mostly know by the book of Ken Follets, ‘The Pillars of the Earth‘. The most charming of Salisbury Cathedral could be it is built in just one architectural style. Very few English cathedrals are like that for the simple reason that they were usually built over an extended period. In contrast, Salisbury was built relatively quickly, in 38 years, from 1220 to 1258. 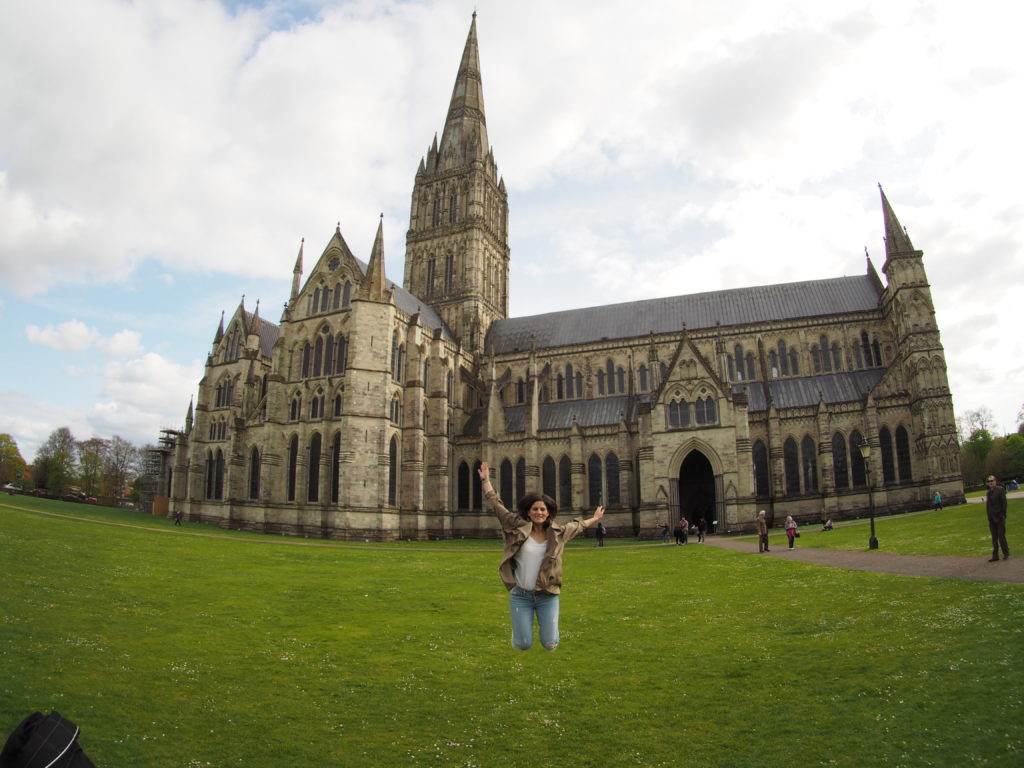 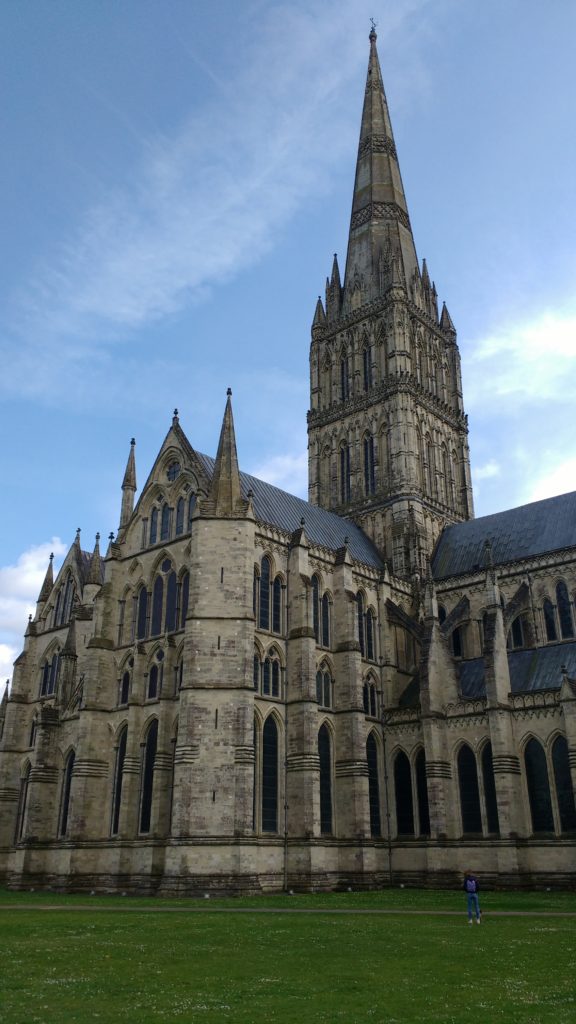 It contains the world’s oldest working clock (from AD 1386) and has the best surviving of the four original copies of Magna Carta (all four original copies are in England). The Magna carta is a charter agreed to make peace between the unpopular King and a group of rebel barons, it promised the protection of church rights, protection for the barons from illegal imprisonment, access to swift justice, and limitations on feudal payments to the Crown, to be implemented through a council of 25 barons. It was written in Latin by hand, by an expert scribe, on parchment (animal skin, in this case, sheepskin).

After to visit the Cathedral, we go to drink a beer front the Avon river. ‘The Mill’ is a great place for that, with a large terrace and a typical English pub inside. 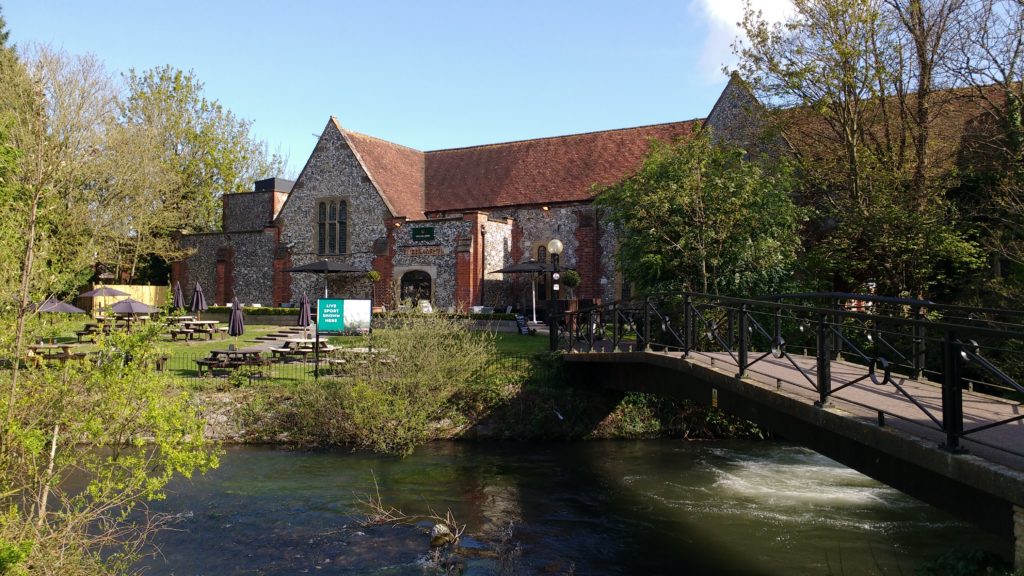 I recommended a Thai restaurant near the hotel, The Shah Johan, the food is so good, tasty and the price is correct. You can find many restaurant around the hotel.

Next day we went to Stonehenge, a magical site where hundreds of years ago visitors used to thing that the wizard Merlin had built Stonehenge by magic. Then you don’t believe that… me too.

The truth is that 5000 year ago digging the ditch, then the Stones were put up about 500 years after the ditch. The Stones were probable dragged from Marlborough Downey in north Wiltshire and from Wales, a long the Bristol Channel.

Even though People had only simple stone and antler tools, they managed to just Stonehenge so that something very special happens here. Where the sun rises on the longest day of the year, and where it sets on the shortest day of the year, it shines in a line through the center of the Stones, like a giant sundial. 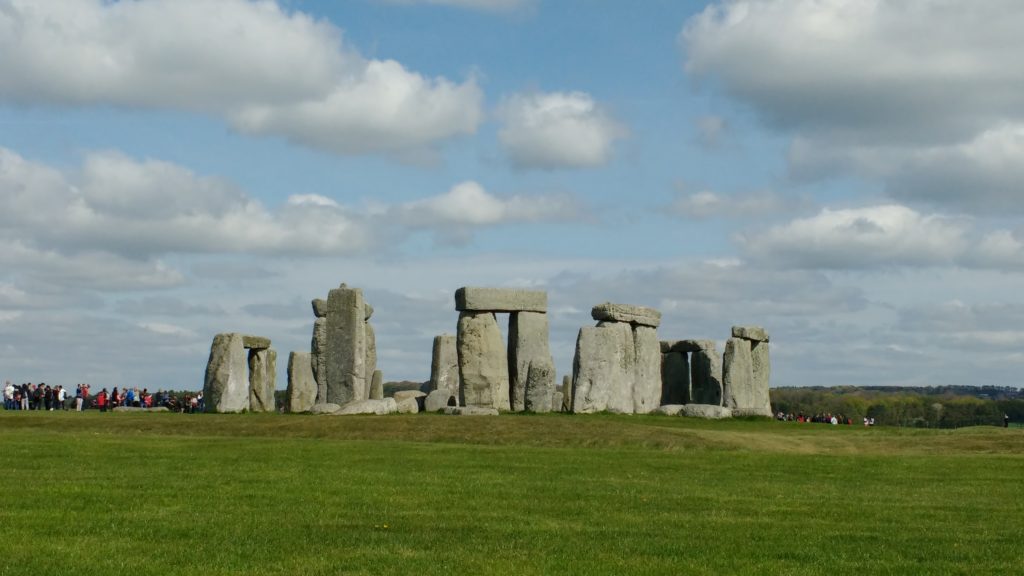 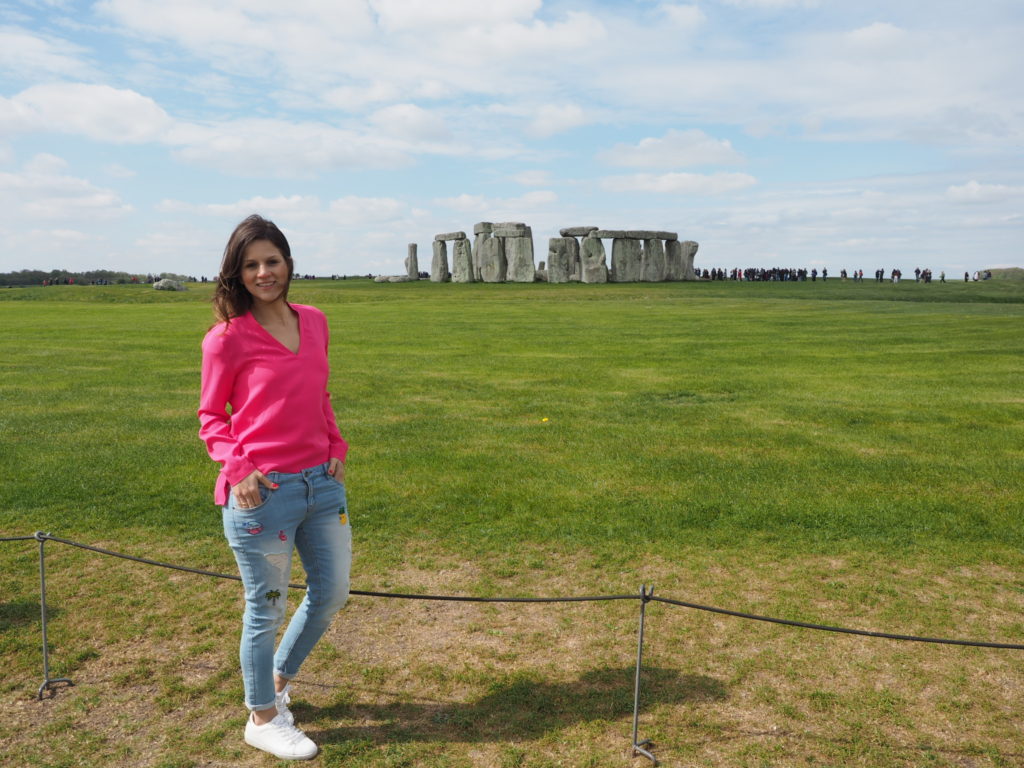 The logistic consist in change the Internet tickets, then you must to make a queue. Take a bus (include) to the Stones and backs in the bus to the parking. If you go so soon you find less People.

The last stop before to come back to London is Jurassic Coast, it is on the English Channel and you can enjoy of amazing landscape. We left the car in a public parking where you can take the route to Durdle Door, about 20 minutes on foot.

The «Jurassic Coast» between Swanage, Dorset, and Exmouth, Devon, contains unbroken evidence of 180 million years of evolution, and it was marketed around the world as a significant geological tourist attraction. 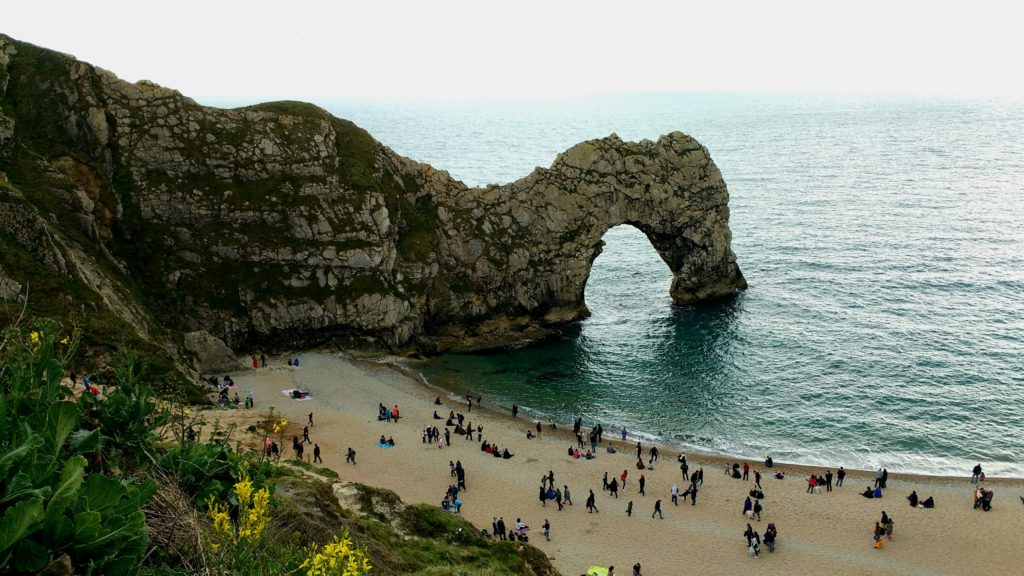 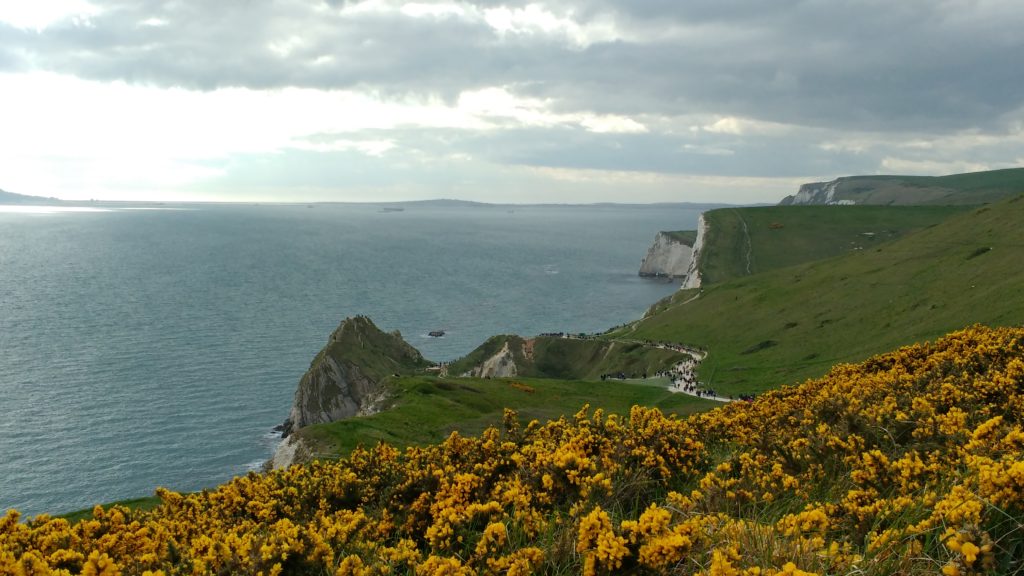 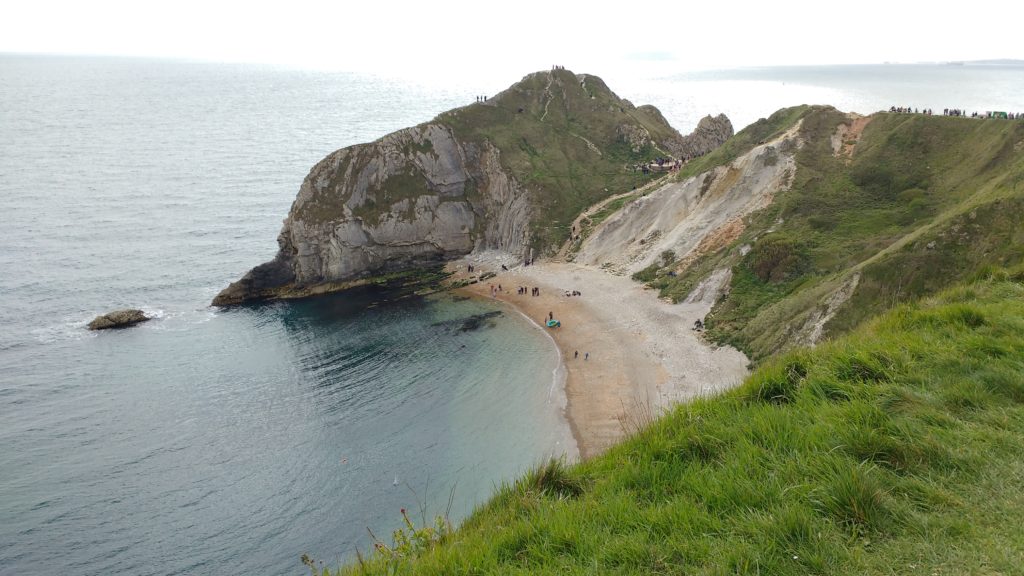 It’s over… just for today. I say bye to the new experience in England and I feel lucky to know all this place. I hope that this post like you and it’ll be useful to you one day.

“To move, to breathe, to fly, to float,
To gain all while you give,
To roam the roads of lands remote,
To travel is to live.” 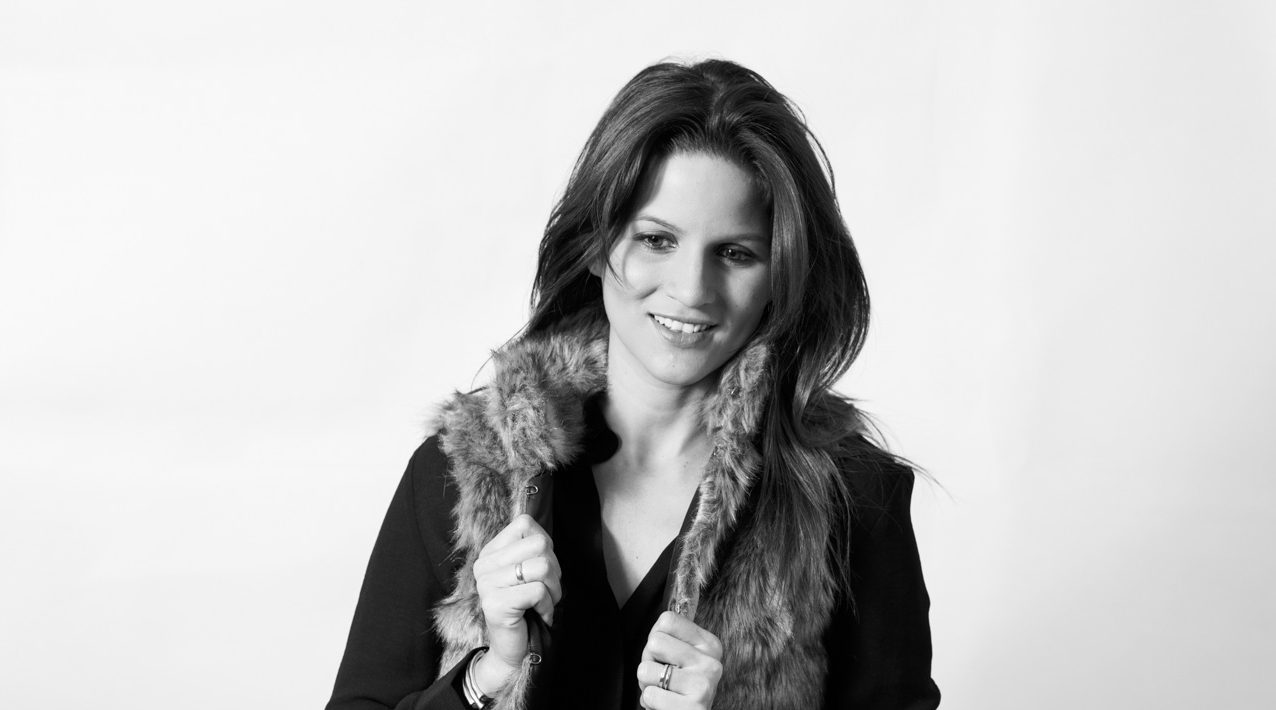